For individuals in relationships, Valentine’s Day can be tremendously thrilling. Particularly if you have an affinity for grand gestures of love, this day can be the perfect justification for going all out. However, if you’re single on Valentine’s Day, “love day” might remind them of how alone you feel.

For some, the day of romance can feel like a burden, especially those who are grieving the absence of a relationship. These can bring up bittersweet or unpleasant memories of the past and feed into feelings of loneliness. Below are some tips on how singles can stay upbeat and occupied on when you’re single on Valentine’s Day.

Do Not Stay In

Make efforts to ensure that the night of Valentine’s Day is not spent alone at home. If your loved ones are unavailable, do some volunteer work, check out a cookery class, seek out a singles event or get otherwise involved. Typically, there are some ‘anti-Valentine’s’ events going on and you’ll be surprised by how many individuals head out alone.  This might take some amount of courage. However, it is a great reminder of the number of people who are in a similar situation as you. Sitting home alone, it can feel as if you are the only individual in the world who is not in a relationship. However, this is not the case.

Go Out with Loved Ones 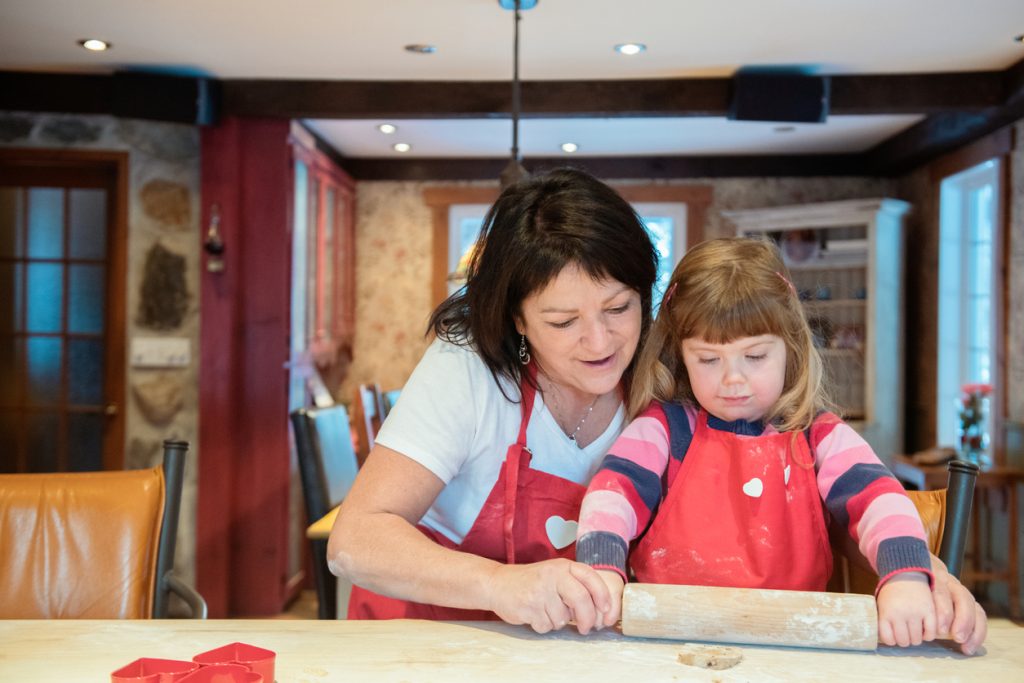 There are many individuals in our lives who we adore, and a significant other is only one of those individuals. There is nothing that stipulates that because you are not currently involved in a relationship that you cannot spend the day with someone you love and care for. Make Valentine’s Day plans with your best friends, siblings or parents. Remind yourself of how difficult pinning some people down can be when they are in a relationship. You should also rejoice in the fact that you are able to dedicate quality time to other individuals in your life who you love.

Being single on Valentine’s Day gives you the opportunity to engage in whatever you want to do. You don’t need to check in with anybody else. This time away from needing to compromise without having to worry about another person’s needs or wants presents a tremendous opportunity to unselfishly and deservedly concentrate on yourself. “Love day” provides a wonderful chance to pamper and celebrate yourself. Go ahead and spoil yourself by indulging in loving, self-care gifts. Try a scented bubble bath, a facial, a manicure, a pedicure, a massage or a makeover. 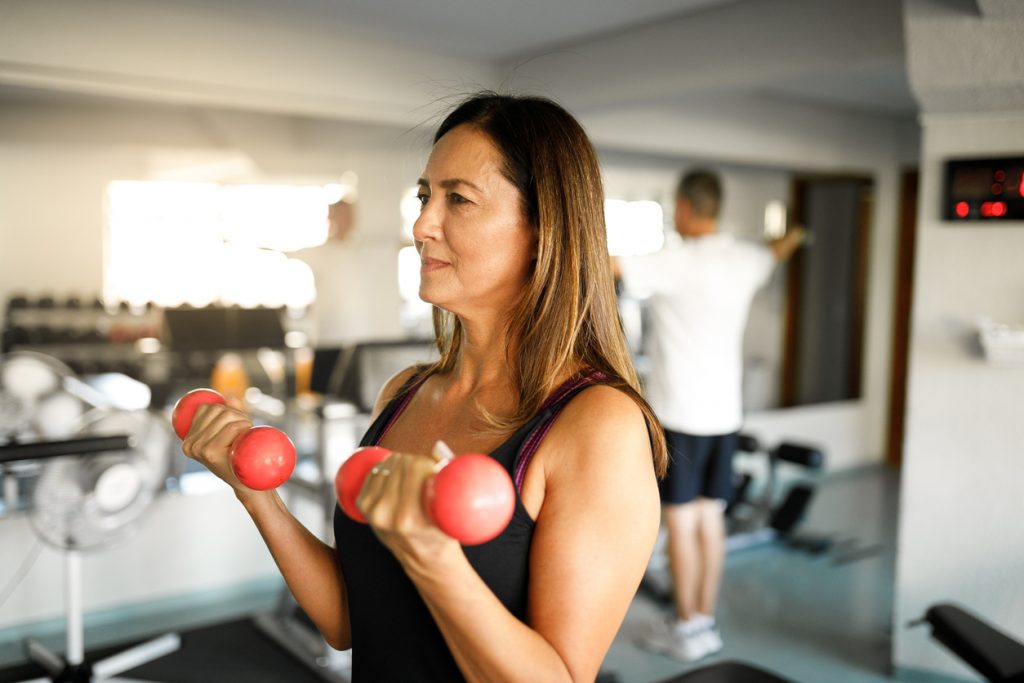 Traditionally, yoga studios, running trails and gyms are crowded on Valentine’s Day and this is for good reason. Since the heart is way more than just a symbol for Valentine’s Day, keeping it healthy is an essential part of self-love and care. Not being a part of a couple on Valentine’s Day makes it a remarkable time to get into a workout facility. Or even try a Zumba class and dance yourself happy.

Loneliness is a painful feeling that can gnaw at your gut and make you miserable; but only if you allow it. It is quite understandable that you might want to vent and grumble for a bit. However, constant complaining tends to annoy other people and make things seem worse than they really are. Among the things that take place when you are complaining repeatedly — even when individuals are caring enough to listen for the first few times — is that you reinforce the issues you are having. You are basically causing your brain to become aggravated repeatedly. Which will only feed the negativity and cause you to feel worse.

Find Satisfaction in Your Situation

If your circumstances do not permit you to date or you opt not to, there is absolutely nothing wrong with you. Thankfully, your self-worth is not defined by the existence of a significant other or the lack of thereof. There is definitely no need to rush to be in a relationship by Valentine’s Day. Just ensure that you are happy despite your relationship status.

HANDLING POLITICAL ANXIETY AS THE RACE GETS CLOSER

The 2020 presidential election is just over a year away; however, things are already heating up on both sides of the political divide. If the 2016 election is any indication, the period leading up to the 2020 election could get quite ugly. This will produce a lot of debates and there will be significant political anxiety as well.

Until the day of the election, there will be a gradual build-up of increasing coverage right around the clock. This will make it difficult for individuals to escape election-related news. If you are already concerned about what it will be like, there are some tips below on handling political anxiety as the race gets closer.

Social media has made it so there is no lack of opinions about current events. There is a certain level of anonymity on social media; therefore, these platforms can turn into a vicious war zone of heated back-and-forth arguments between individuals of differing political views.

Political experts are expected to share their thoughts on the election. However, what increases anxiety for many individuals is seeing constant arguments between family and friends over their different stances. For example, if your brother and uncle have differing views and make personal attacks during arguments online or offline, this could negatively impact family gatherings. Social media talks result in a lot of wasted energy and can be extremely unhealthy for individuals.

Keeping up with local and national news is important and this includes any newsworthy item leading up to Election Day. However, actual news only takes up a certain amount of television airtime. The same is true for newspapers and magazines. Therefore, for some additional “spice,” political commentary and the creation of “hot takes” are used to extend election coverage as the day approaches.

>READ: STEPS YOU CAN TAKE NOW TO MANAGE STRESS

While good points are made in some of these commentaries at times, the majority of them are only going to increase anxiety and stress. Every publication is more or less biased towards one side or the other and as such, many individuals simple seek out the views of those who are politically like-minded. Nothing is wrong with getting confirmation on your beliefs, however, consistently seeking out the opposition to get their take on issues is unhealthy. A heavy right-leaning or left-leaning media house is not really going to be making any new points.

Television stations are constantly seeking great ratings and views drive the online world. Keep this in mind when you hear controversial statements on these platforms.  Some of these people don’t even believe half of what they are saying! They are simply trying to get a positive and negative reaction from members of the two major political parties.

>EDITOR’S NOTE: Prime Women Media outlets will not be engaging in any political opinions or choosing any sides…so you’ll always have a safe haven of information here.

Become Involved in the Community in an Objective Way

Going into the presidential election of 2020, among the biggest focuses is boosting the number of voters. Many individuals are not interested in voting in the election. Even though one vote might seem irrelevant in the grand scheme of things, the country needs increased participation in voting.

Volunteering to register people to vote is an overall positive move. It assists in spreading a good message, without having to take one side or the other.  This is among the most positive things an individual can do to assist with the upcoming election. Doing a bit of good is sometimes the best way to handle any type of anxiety.

Focus on Loved Ones

Whoever ends up winning the 2020 election, many people will be disappointed. Rather than allowing the election to direct the mood of a household, focus on the important people and things in your life.

Additionally, you should bear in mind that others may not share your political views. This is quite alright. Regrettably, there are family members who have such strong opinions against each other’s views that it sometimes breaks a family. But, is losing a relationship over political differences worth it in the end?

Regardless of who takes office, residents of the U.S. will continue to have a lot of control over their success and happiness. There is a good reason for the checks and balances system in the U.S. The winning president cannot just take office and change everything in a matter of a few years.

Strive to control what is within your control and do not allow a victory or a defeat to make a huge difference. Embrace your beliefs, work hard pursuing your individual goals and do not allow politics to consume too much of your energy. And if you are facing political anxiety know you’re not alone. The American Psychological Association has resources to help cope with political anxiety, and using our tips above can make a difference.

Being Mindful is Being Healthy

In a world filled with constant and demanding stimuli, we rarely find time to just be still. Actually, even when we do sit still, we squirm. Unless we have something in front of us to watch or play, we become restless, which explains our addictions to phones, computer screens, and apps. They act as wonderful distractions from deep rooted emotions: stress, panic, sadness, fear.

The healthiest approach to healing from these deep rooted emotions, however, isn’t running from or masking them. It’s facing them, and also, facing yourself in a mindful, calming way. Letting yourself feel the feelings fearlessly, while treating yourself well through it is the best way to GET through it. It also sets foundation for an improved worldview, healthier mind, and better physical health.

Mindfulness is a period of stillness, rooted in the present moment. It’s the opposite of what a video game provides (distraction). It’s not daydreaming or ruminating; it’s peace and solitude in gentle moment-by-moment awareness of thoughts, feelings, body, and environment. It’s an act of self-love and care–a much needed prescription for an often busy brain. In other words, it’s a mental state of awareness that functions as a therapeutic technique.

Mindfulness: It’s Not About Religion

The great thing about mindfulness is that it’s not associated with any one religion. It’s accessible to everyone, regardless of spiritual beliefs. It’s paying close attention to details in stillness, without judging the feelings or thoughts as good or bad. The thoughts are simply there, and you’re aware of them. There’s nothing discriminatory or religion-specific about that.

Practicing mindfulness helps us gain more control over processing pain and other complex emotions–something Brown University researchers are calling a “volume knob” for sensations. Mindfulness meditation is thought to actually have a direct impact on the brain, with measurable changes taking place in areas responsible for memory, sense of self, empathy, and stress. As seen by researchers in the psychological sciences, mindfulness-based practices have shown to be effective in helping problems such as depression, anxiety disorders, obsessive-compulsive, substance abuse, and more.

As mentioned above, practicing mindfulness has been shown to improve stress levels, which means it may help regulate the body’s physical responses to stress. In this way, it can reduce the risk of stress-related diseases, such as heart disease, high blood pressure, chronic pain, sleep disorders, and gastrointestinal difficulties.

The practice can be as easy as taking 10 minutes each day and doing something you can do without really concentrating on the task itself–typing, driving, doodling, baking, singing in the shower, etc. At that time, you hyper focus a little more on the sensations being experienced physically and the thoughts that come up organically.

Announcing the release of Turn Your Brain On to Get Your Game On: The How, What, Why to Peak Performance by Leigh Richardson.

Enter your email to download your free chapter now.

You have Successfully Subscribed!